Deprecated: Methods with the same name as their class will not be constructors in a future version of PHP; wpSpamShield has a deprecated constructor in G:\PleskVhosts\travelrope.com\httpdocs\wp-content\plugins\wp-spamshield\wp-spamshield.php on line 5681
 You Inspire Me: Sonu Venugopal | Travelrope
Skip to Main Content

I have been following Sonu Venugopal’s work for quite sometime now and single every time I watch her content, it leaves me in splits! It also makes me wonder how she manages to bring out such quirks that are so relatable. We all have seen it happen all around us! She is a big bundle of energy, supremely talented comedian and more. She has also made it look so simple to talk about local topics and seamlessly does this in multiple languages!

Sonu Venugopal, thank you for your kindness & giving a glimpse into your world!

Although you have a Bachelor’s Degree in Electrical and Electronics Engineering as well as Corporate Law and Human Psychology, you switched gears to many other things! Can you let us know how radio happened?

Woah woah woah! I think this was updated on my website as a joke. I had written about the “auditory illusions” that I create! Truth be told, I am just an Engineer! Radio happened because I was an ardent listener and a lot of my friends made me believe that I should be on air. I took a chance by sending the most amateur’s resume, post which I was asked to intern at Fever 104. 3 months later I was producing the breakfast show and then things started to roll.

Fever 104 FM gave me an opportunity to work with all the people I admired. I had the best mentors and I am so grateful for their mentorship. Radio gives you all the basics that helps you with content creation, no matter what the platform is and I consider myself lucky because I was taught well, and by the best in the industry. I love Bollywood and it was a dream come true to host a Bollywood show. Then after a small break from radio I wanted to challenge myself and do regional radio and hosting the drive time shows on Radio City gave me that opportunity.

Can you talk to us a bit about your journey into the world of Improv comedy?

I was so not up for it when it happened. I had auditioned to be part of The Improv (Hosted by Saad Khan) and after my audition I think I was rejected because I never heard back from them. 2 years post the rejection, Saad just called me to discuss the prospect of working together. I think the team was just too kind to give me a chance right after couple of weeks of training. Now I am in love with the art form and not as nervous as I used to be when I go on stage. We have our improv group called Just ImproWise and we are just waiting for the things to be normal so that we can start with the live shows.

You have been collaborating with the Kannada Comedy Collective “Gandhi Class“ (Tharle Box on YouTube) particularly emphasizing on topics that are local to us. What has this been like? Do you see that the comedy scene has improved than what it was before?

Stand up has been by far the most fulfilling experience for me creatively! I enjoy the process as it is entirely me. I am not very much aware of how the scene was prior to this, but we have the best audience! The love and support we get from them is so encouraging. We want to perform in as many venues as possible and make sure that regional comedy gets its due!

Stand-up comedian, Improv comedian, comedy collective, youtuber, reels rockstar, mom to adorable Layaa and much more! How do you manage to do all this? What keeps you going?

My husband, my parents and my best friend Shreyas. They take what I do way more seriously than I do. So incase I slack they bring me back on track in no time. As normal human beings I feel it is tough to maintain same level of motivation every single day. So you need someone who will hold you accountable.

Coming to your reels on Instagram, we should definitely talk about some of our favorite characters – Uncle Sheshadri, Rama aunty, Kritika and Baaju Mani Kaaku! Any story that you can share with us on how you ended up conceptualizing them?

Baaju Mani Kaaku is a mixture of my mom, grandmom and aunts. I always wanted to bring their thoughts and conversations out in the public and this character gave me a chance to do that. As I did more videos the character started getting more and more clear to me. Doing comedy and improv made me observe people more than ever. So all the characters that you see be it Uncle Sheshadri or Rama, all of them are a part of my contact circle. I take interesting traits (the way they speak certain words, body language and quicks) from various people and put it in one so that people I know don’t feel targeted 😛 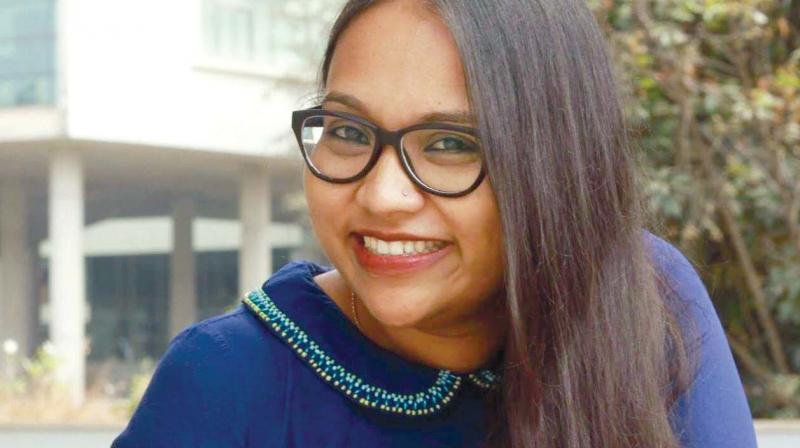 You have been working on some amazing projects all these years. Which one of those has been the toughest so far?

I want to work on something that consumes me completely. I am waiting for something like that.

What are some of the pointers that you would like to give for someone starting out new trying to get into radio or Improv scene?

I will sound like my Math teacher now, but basics are very important, both in Radio and in Improv. Read as much as you can. Watch/listen to a lot of shows without having the language barrier. It is very important to keep a healthy balance between healthy and trashy content.

Where do you draw your inspiration(s) from? Every single topic that you put out there is so relatable! I always go “Hey, that does happen!”

People!! People can be complicated and maneuvering through them can be a challenge. But the bright side of it is that you get better at dealing with them with each passing day.

What has been your biggest learning so far?

Collaboration is the only way to go ahead. Take what you do seriously but not yourself seriously.

Who has been your biggest inspiration(s)?

You can learn more about Sonu’s work here: