While India is a land of diversity, it also shows unity in a number of ways. The land is full of religious stories that each individual you meet has something more to narrate. With spirituality being one of the strongest points of this nation and the number of castes that live here united, it has also become a place that houses a many sacred monuments and sites. While each place screams a story, it also holds a lot of significance for the people of faith. Enlisted here are 7 sites that are a must visit when in India. 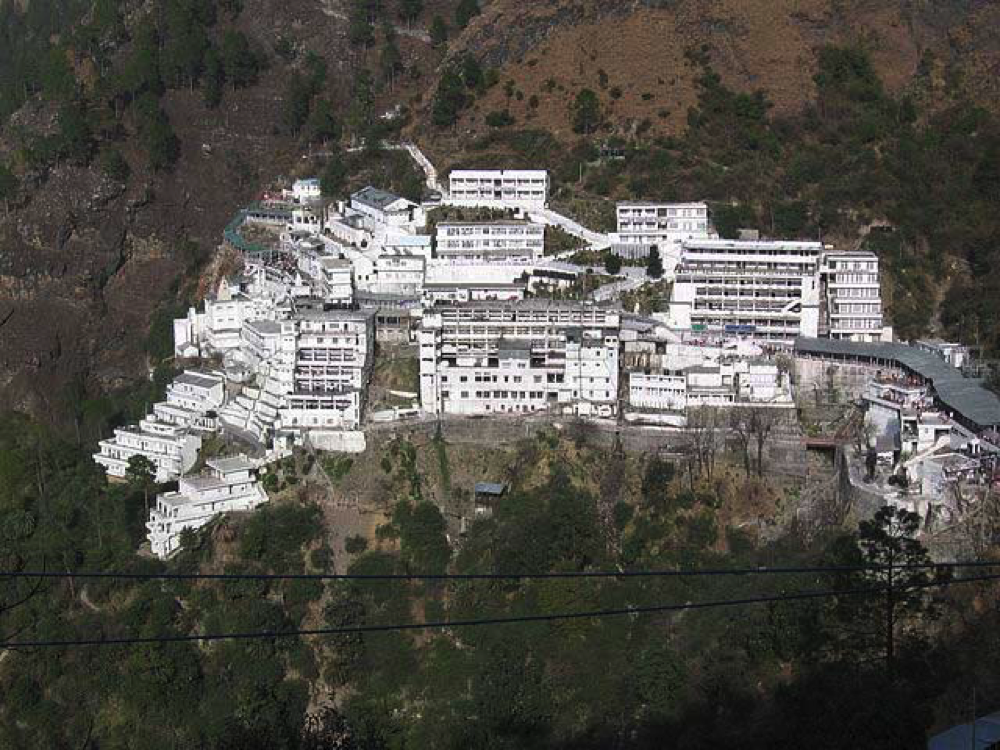 From Public Domain, via Wikimedia Commons

Vaishno Devi is one of most and frequently visited pilgrimage of the country and is situated in the state of Kashmir. While about 8 million devotees come here to seek the blessings of the Goddess, the place is confined with nature’s serenity. The nearest station is Katra and it is a trek of 13 km that is travelled either on foot or on horse backs. Located in the middle of Trikuta mountain range the shrine is a blissful blend of nature and divinity. 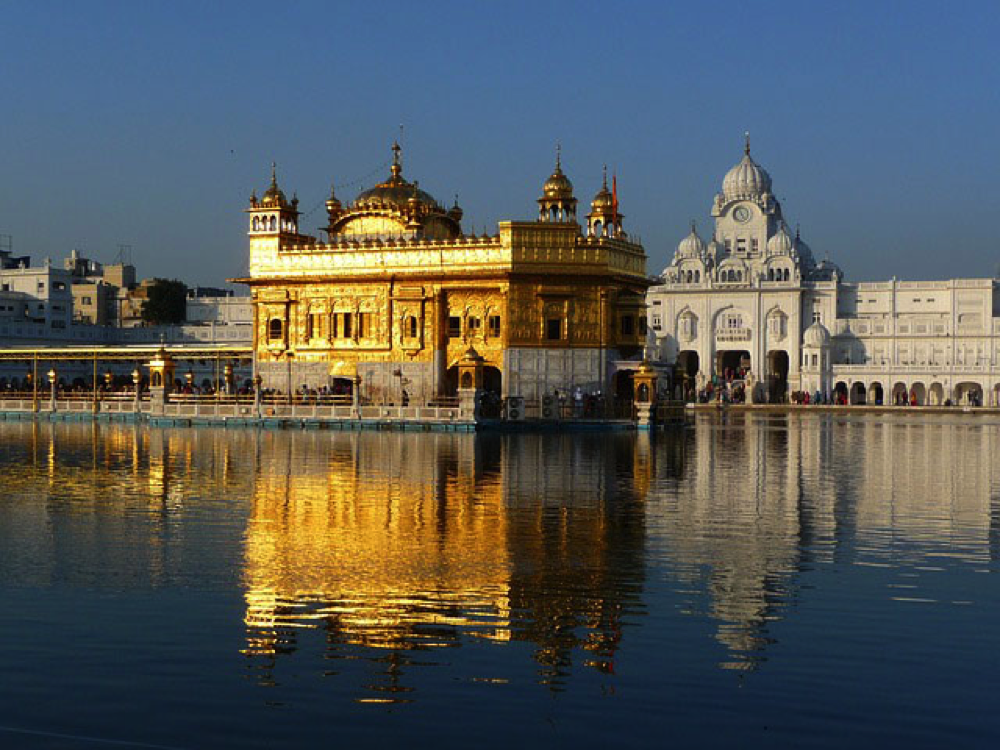 Golden Temple or Harmandir Sahib as is the original name of the temple it is literally translated to ‘the house of God’. Located in Amritsar, Punjab – the gurudwara is the holiest temple of the Sikhs. The temple was built by the fifth of the ten Sikh gurus, Guru Arjan, who laid the foundations of the temple in December, 1588. Also Adi Granth – the holy book of the Sikhs was written by Guru Arjan and was installed in the temple in 1604 AD. In nineteenth century the gurudwara’s upper stories were attacked and was later rebuilt and covered in gold and hence the temple gets the name Golden Temple. The shrine has more than 100,000 devotees daily. 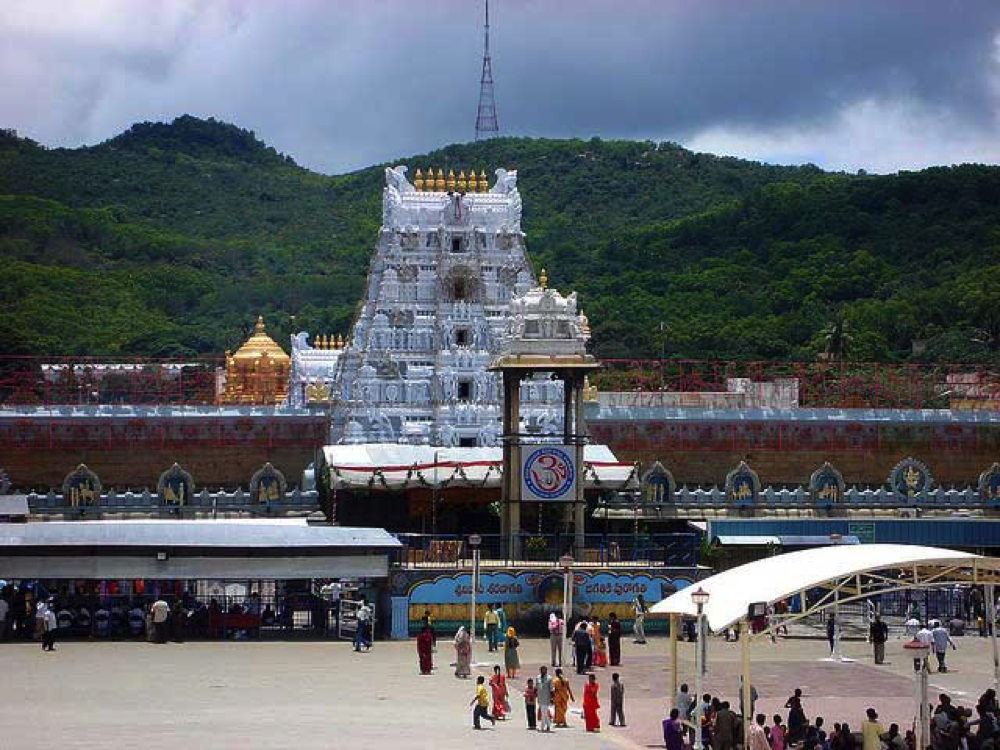 Photo by Chandrashekhar Basumatary, CC BY 2.0

The temple devoted to Lord Venkateswara, an embodiment of Lord Vishnu is situated on the foothills of Tirumala, in Tirupati, Andhra Pradesh. Also known as Kaliyuga Vaikuntham, the place is believed to witness Lord Vishnu here who has taken avatars to end the evil from the face of earth. The temple is a beautiful example of Dravidian style architecture. Also this temple is said to be the richest temple of the world as it receives heavy number of donations in form of both cash and precious metals. 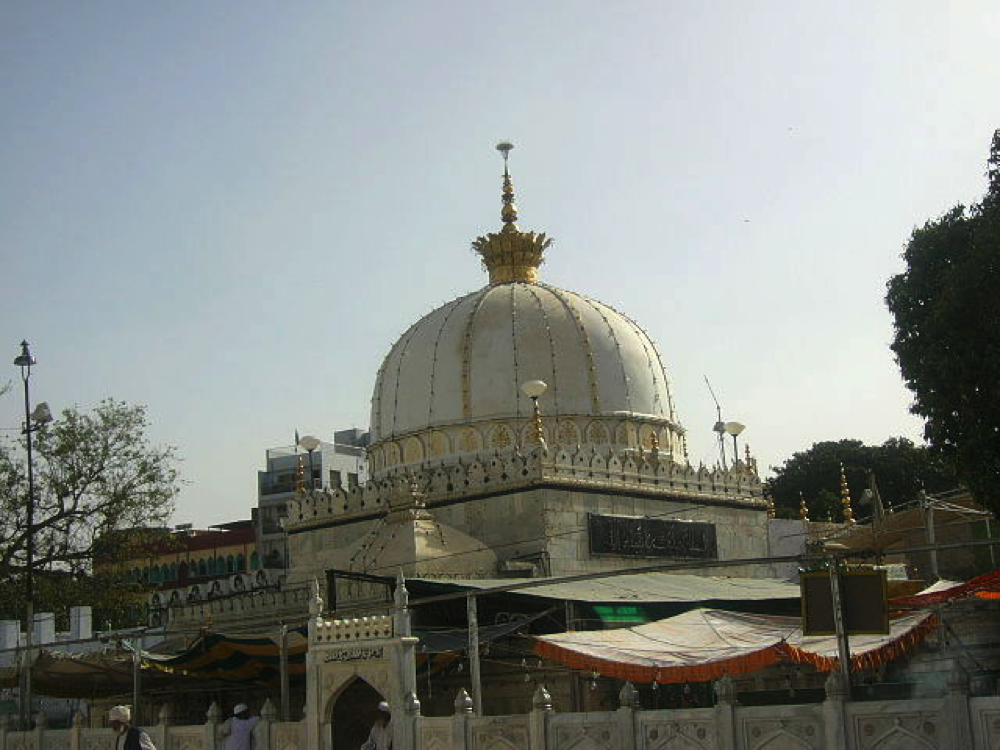 Dargah Ajmer Sharif is one of the most worshipped places by the Muslims. Located at Ajmer in Rajasthan the place is also known as Khawaja Ghareeb Nawaz Shrine. The shrine is devoted to the Sufi Saint Moinuddin Chishti. Also the grave or the maqbara of the sufi saint is the same premises making it more holy for the Muslims. The place is famous for its ritual of offering Ziyarat that is offering flowers and chaddar to the dargah. It is said that whoever comes to the dargah and offers Ziyarat will have all his wishes granted. 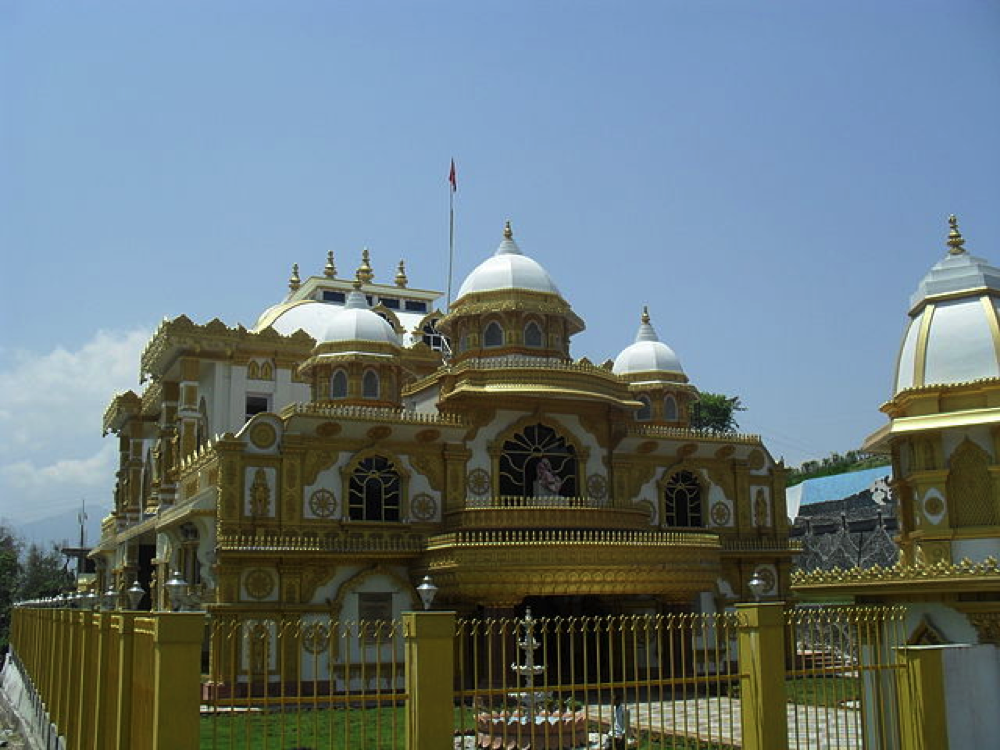 Well-known for being Sai Baba’s home and his base for preachings, Shirdi is famous as the Sai Baba temple that is dedicated to the saint himself. Sai baba used to live in the mosque that is opposite to the temple and has been kept intact so as for the devotees from all walks of life can visit the mosque. The temple is built on the grounds where Sai Baba’s body was cremated and hence it is a landmark of prime importance. The temple is visited and worshipped by both Hindus and Muslims as it is still a dilemma if Sai Baba was a Hindu or a Muslim. 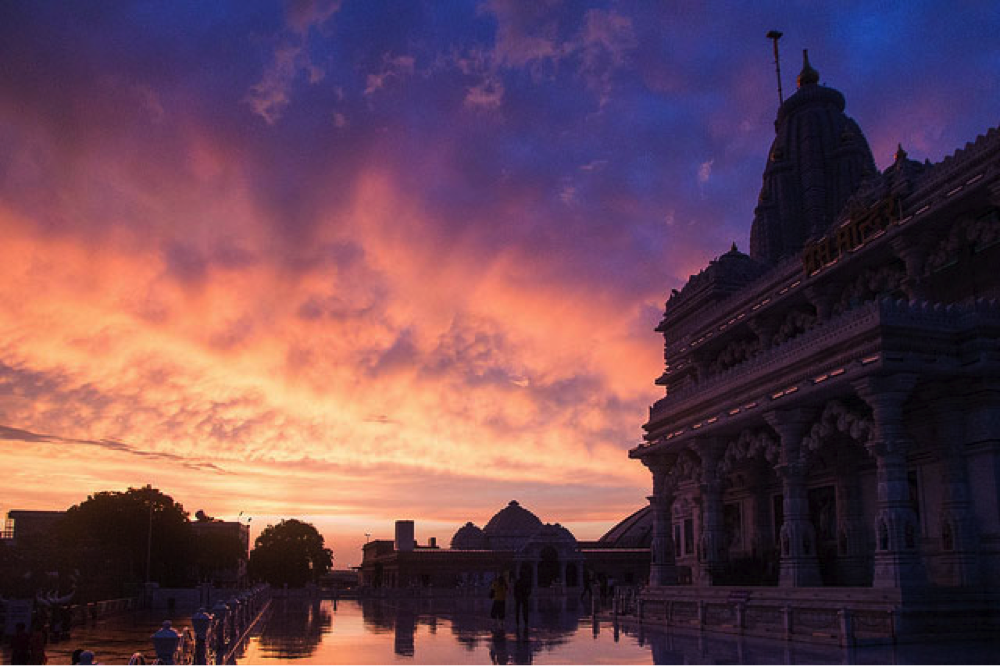 The town is associated with Lord Krishna and his childhood stories and hence the entire city of Vrindavan is worshipped. The city lies about 10 km from Mathura, the birth place of Lord Krishna. There city is dotted with temples and many of them are devoted to Radha-Krishna. The most famous amongst all is the Madan Mohan Temple. Also, there are other temples that are dedicated to Mira, the devotee of Lord Krishna and Lord Hanuman as well. It is believed that the entire place is as pure as any temple and hence people flock here every now and then to get lost in the mythological stories that are a part of this mystical land. 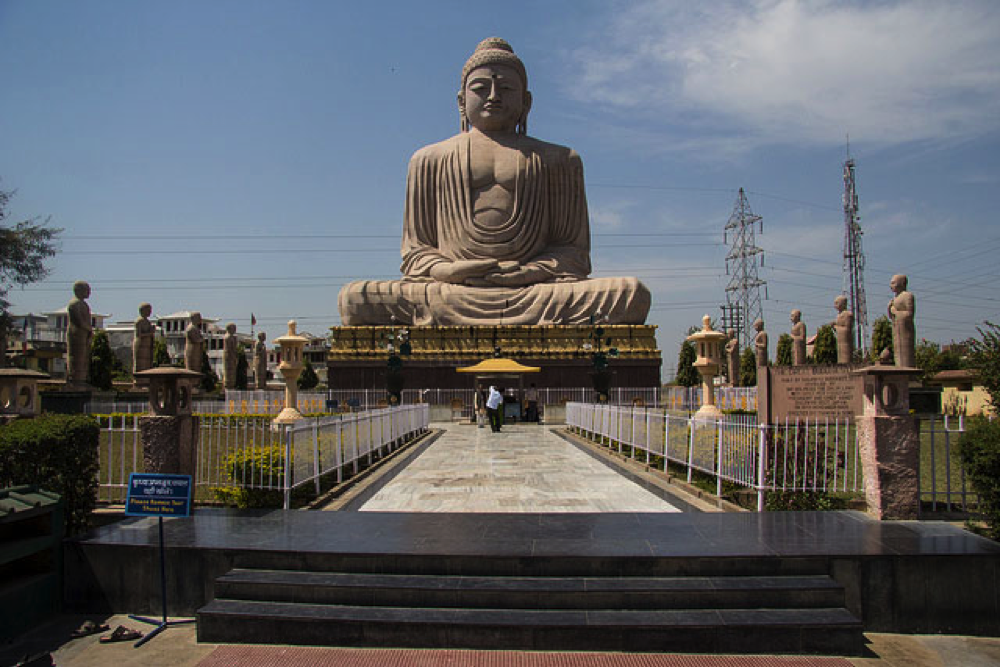 The famous Mahabodhi Temple is situated in Bodh Gaya in Bihar. The temple is of prime importance to the Buddhists as it believed that Gautam Buddha got his enlightenment at the very same place. Being the most important site of the four sites that are related to Buddha’s life, Mahabodhi Temple is also a UNESCO World Heritage Site.

While India is blend of culture and heritage, it is an important yet amazing sight to see that people from all castes and creeds worship each and every religious site with same respect. While the land is blessed with the blessings of Gods and Goddesses, these sites are the ones that can’t absolutely be missed.

An architect by profession, Rohit Agarwal reveres nature’s and man-made wondrous structures throughout the world. Also an avid traveller, he shares his enthralling experiences across India and the world through his travel blog, Transindiatravels.com.